Re-open or Not to re-open? 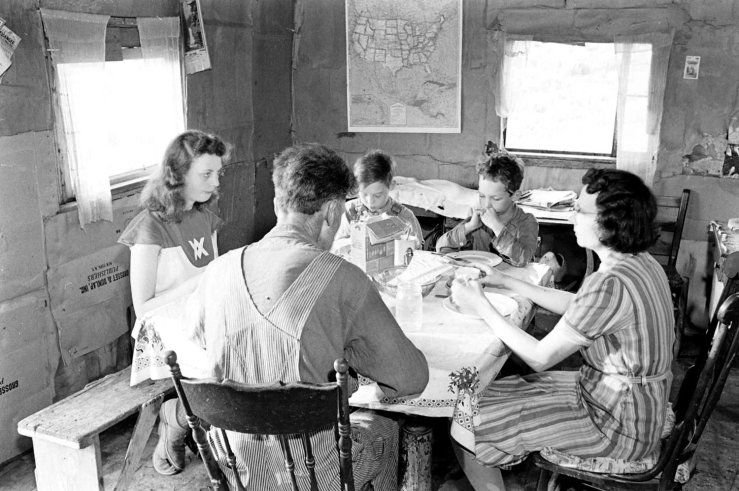 I Wonder How Many Resurrection Day Dinners Were Reported To Police Over The Easter Weekend?

For me, it boils down to numbers, which the CDC's computer program (aka. model) has been inaccurate from the beginning. It started out estimating 2 MILLION deaths. Now it's down to 60,000. Currently there are 53,742 deaths nationwide ASSOCIATED with Corona, but not solely the Corona. 800,157 active cases, with 102,028 cases of recovery overall, out of a population of approximately 329,493,677 in the United States in Sept. of 2019. Any way you look at those numbers, they are comparable to the common flu.

Grant you, when this whole thing started, we had nothing but numbers from WHO and China to go on. So we jerked the wheel as hard as we could in reaction to... no one knew how bad it would be. But now we do. Now we have American data to look at and already we can see that our own CDC has grossly over estimated this virus in every way.
Last year over 60,000 people died as the flu CONTRIBUTED to their deaths also. The AVERAGE yearly deaths ASSOCIATED with the common flu is 75,000.

The COVID-19 / Corona / Wuhan virus has been no more of a pandemic than one of the three main flus that hit America every year.

So what is a "real pandemic"? The Spanish flu is a good example. The Spanish flu, also known as the 1918 flu pandemic, was an unusually deadly influenza pandemic. The death toll is estimated to have been anywhere from 17 million to 50 million, and possibly as high as 100 million, making it one of the deadliest pandemics in human history. THAT is a real "pandemic" folks.

Here's the "official definition of pandemic":

So why the 1st national economic shutdown in America's history underway THIS year when we have faced this threat (similar to flu) every year since we've been a country? And why are we basing our decisions on a faulty computer program engineered by the "experts"?

The answer to all those questions and facts are reason enough to get life back to normal. It never should have been altered except for closing off our borders and international flights.

And NOW that we have actual numbers of our own to examine in the US instead of relying on the 2nd biggest liars on the planet (China), why are we allowing the so-called "solution" (according to experts) to become more of a danger than the original threat itself could have ever been?

Tough decisions are always made concerning how to protect the life, liberty and property of Americans. It's the 1st charge of our government... ALWAYS. But anytime you sacrifice one of those three things, even for the sake of the other, the "solution" then becomes far more dangerous than any threat could be.

The most precious thing on earth to free people is the Constitution of The United States. It cannot be sacrificed for any reason. For if that is allowed, then rest assured that America's enemies will find a way to make it happen.

ex: "Living in fear means you can be ruled by fear." Take a look around you. Turn the tv off, go outside. See the difference? Do you see the REAL numbers concerning this virus given to you on the tv? No. So? You live in fear... thus, ruled by fear. I can tell you for an absolute fact that in West Virginia at this very moment, this virus is all but non-existent. It's that way in most of America. The only places where it seems to rage are heavily populated areas with a higher pollution rate than normal. It's just been discovered that common streetside POLLUTION is a MAJOR VEHICLE of TRANSPORTATION for this virus. That well could prove why it is heavier in the cities and nothing in the countryside. But at it's very, very worst, this is NOT a "once in a lifetime pandemic" as our rather ignorant Governor likes to say.

America's enemies have just learned that they have dumbed down Americans to such a point that they no longer have the ability to see through lying or faulty propaganda. So through propaganda, they will keep you afraid and they will tell you;

You want to know what the REAL SOLUTION to this is, people? It is real American-grade intelligence and grit. When did everyone start expecting to live forever? It's not going to happen. Ever.