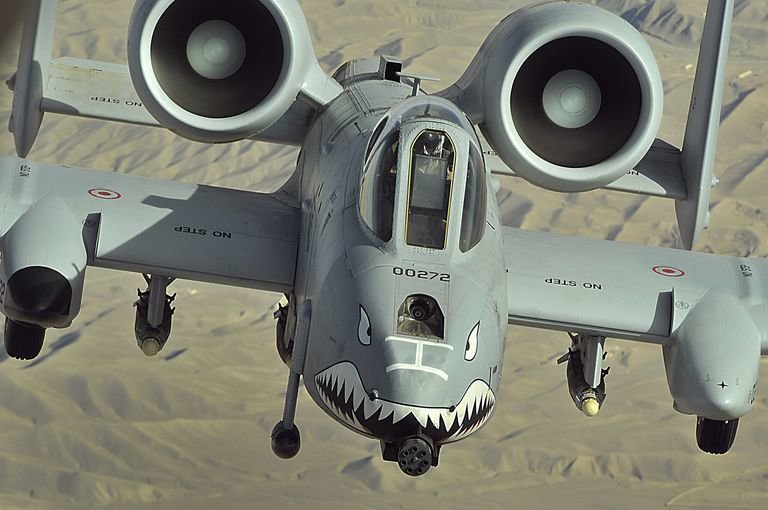 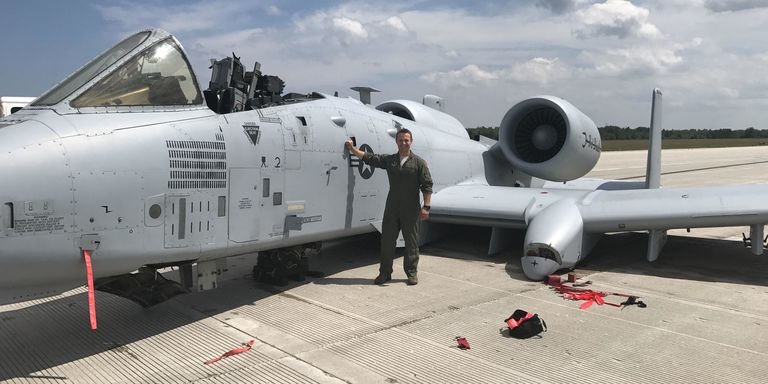 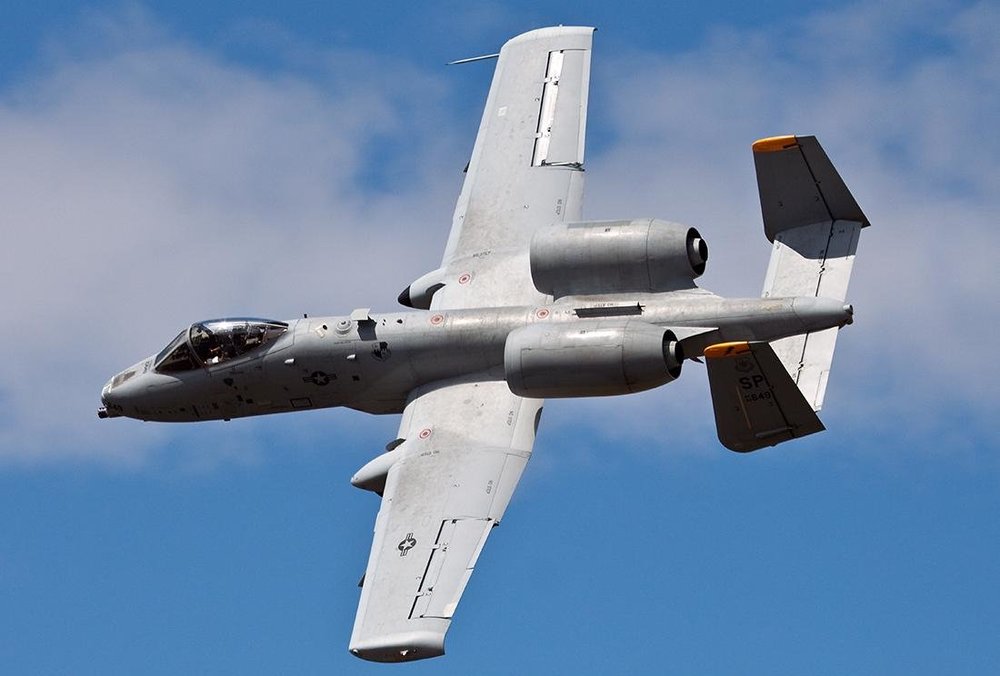 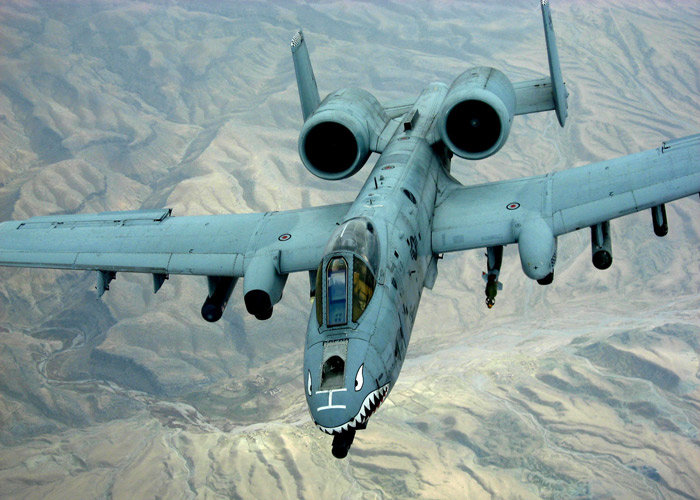 Affectionately called the “Warthog” for its aggressive look and often painted with teeth on the nose cone, the A-10 Thunderbolt II is the U.S. Air Force’s primary low-altitude close air support aircraft. The A-10 is perhaps best known for its fearsome GAU-8 Avenger 30mm gatling gun mounted on the nose. The GAU-8 is designed to fire armor-piercing depleted uranium and high explosive incendiary rounds.

The A-10 Thunderbolt II has excellent maneuverability at low air speeds and altitude, and is a highly accurate and survivable weapons-delivery platform. The aircraft can loiter near battle areas for extended periods of time and operate in low ceiling and visibility conditions. The wide combat radius and short takeoff and landing capability permit operations in and out of locations near front lines. Using night vision goggles, A-10 pilots can conduct their missions during darkness.

Thunderbolt IIs have Night Vision Imaging Systems, or NVIS, goggle compatible single-seat cockpits forward of their wings and a large bubble canopy which provides pilots all-around vision. The pilots are protected by titanium armor that also protects parts of the flight-control system. The redundant primary structural sections allow the aircraft to enjoy better survivability during close air support than did previous aircraft. The aircraft can survive direct hits from armor-piercing and high explosive projectiles up to 23mm. Their self-sealing fuel cells are protected by internal and external foam. Manual systems back up their redundant hydraulic flight-control systems. This permits pilots to fly and land when hydraulic power is lost.

The A-10 has received many upgrades over the years. In 1978, the aircraft received the Pave Penny laser receiver pod, which sensed reflected laser radiation from a laser designator. Pave Penney has now been discontinued in favor more capable advanced targeting pods. The A-10 began receiving an inertial navigation system in 1980. Later, the Low-Altitude Safety and Targeting Enhancement (LASTE) upgrade provided computerized weapon-aiming equipment, an autopilot, and a ground-collision warning system.

The Thunderbolt II can be serviced and operated from austere bases with limited facilities near battle areas. Many of the aircraft's parts are interchangeable left and right, including the engines, main landing gear and vertical stabilizers. Avionics equipment includes multi-band communications; Global Positioning System and inertial navigation systems; infrared and electronic countermeasures against air-to-air and air-to-surface threats. And, it has a heads-up display to display flight and weapons delivery information.