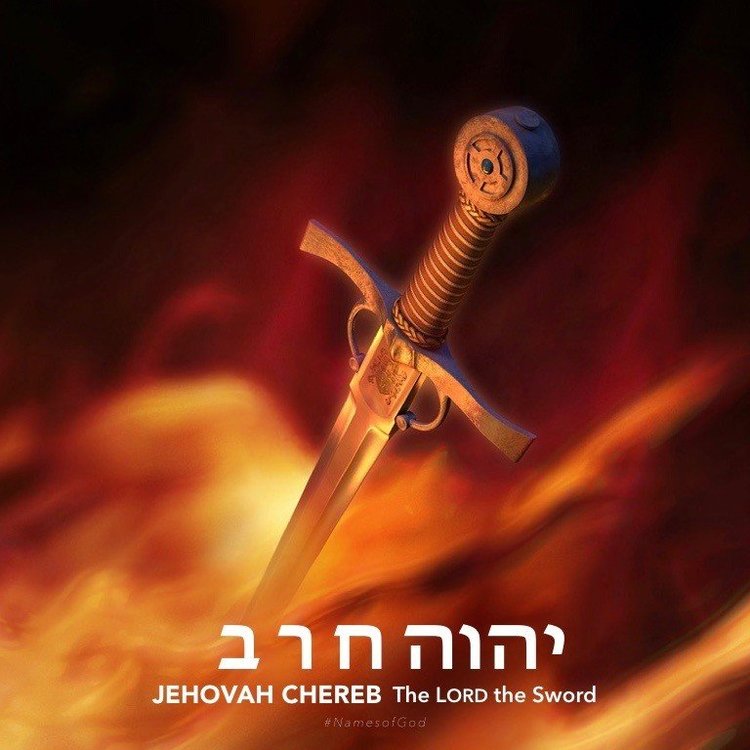 Hebrews 4:12  — "For the word of God is quick, and powerful, and sharper than any twoedged sword, piercing even to the dividing asunder of soul and spirit, and of the joints and marrow, and is a discerner of the thoughts and intents of the heart."

Have you ever wondered why some people treasure the Bible and others hate it with a ferocity that seemingly defies explanation?

Our weapon - The Word of God is described as a sword for good reason.

1. It is quick - God's Word doesn't adhere to political correctness & it doesn't cloak the truth in mystical ambiguity; instead the Word of God speaks directly to the heart of the matter & our heart being opened to encouragement, correction & absolute truth will determine our response.

2. - It is powerful. I can tell you from personal experience that Word of God has changed my life & continues to change it every day. There was a time when I was involved in a lifestyle that was leading me to an untimely death. When nothing else & no one could reach me or change me - God's Word did what I could not do. The Bible has changed countless lives for the better, has given hope to the hopeless & lifted the downtrodden in a way that no government or philosophy could ever achieve.

The power of the Word of God is attested to even by it's enemies. Evidence of this is abundant by the number of people who protest against it.

It amazes me, I don't ever recall a group of individuals who's hatred for the tooth fairy & unicorns has driven them to infringe on the rights of those who believe in them.

The very fact that the Word of God is such an offense to them is a testament to it's power.

3. It is sharper than a two edged sword. Have you ever held an authentic sword made by a master blacksmith? They are light weight & they are so razor sharp that in the right hands they can sever a limb from your body in an instant.

God's Word is sharper than a surgical instrument. I don't know who this saying is attributed to but it is said that you don't read the Bible, The Bible reads you.

The Bible speaks to your soul in a way that nothing else can.

I have had times when God's Word has lifted me from the depths of dark depression & times when it has shook me to my very core. God speaks through His Word & our standing with Him isn't something we have to guess about - He will tell you through it. Are you struggling with something that you know keeps you separated from being at peace with the Lord?

Let His Word guide you. The Bible will open you up from the inside out. I've had surgery & it isn't fun. It takes time to recover. God's Word does that - it goes in us like a scalpel & it may be uncomfortable, maybe even painful for a time - but it will restore you to fullness in the end.

4. It discerns the thoughts & intents of your heart. Think about that for a moment.

You see, we can fool each other. People can be deceived by politicians, spouses, friends, etc. We like to think that we are experts & hiding the darkness & the lies that we tell ourselves and others.

The Word of God isn't fooled by any of that. God's Word knows the intent of yours & my heart better than we ourselves do. I can't count the number of times that I was sure I had found the justification for something I have either done or said only to have God show me through His Word the results of my actions before they manifested & even more - the true intentions behind it.

God's Word exposes the lies of the world & corrects the philosophy of men. To know the Word of God intimately is to know the truth & that's the only way to avoid being deceived in the first place.

The most important thing I can leave with you is this -

Jesus Christ ( Yeshua Hamaschiach ) & the Word of God are synonymous.

Today, I would like to encourage you to do your weapons Maintenance. We don't know the outcome of the coming days, weeks or years. We can be told wonderful sounding lies that only give false hope & trust in man to finally get it right .... Or - we can fill our minds with Truth that is based on the eternal Word of Almighty God who cannot lie & allow Him to lead us to true victory.

Reading your Bible isn't a chore - it's an opportunity to walk closer with the One who fashioned you & knew you before you were ever born.