You chose ranks, and now have an idea of how they differ from the military. Time for the next considerations.

In my experience some groups do it backwards when starting out. They’re the general, they get some friends and they’re colonels, and then the lower ranks trickle in. please don’t do this.

Start with the small ranks and move up (refer to the pic above). Battle Buddy Teams are important (thanks to General Marshal https://www.youtube.com/watch?v=vRjvBhiJwj8However; I have a caveat to this. 3 people form 1 CPL and 2 PVTs, the next rank comes in at 7 people; 1 SGT, 2 CPLs, 4 PVTs. So what do you do between 3 and 7people? simple answer, go heavy in the lower rank.

These numbers will depend on your groups activity which can vary wildly. If a group takes a loss in numbers, shift down in rank.

When you get multiple areas or a state wide group (weather its zones, districts, area codes, however you want to break it down) you will need a higher rank, and there will most likely be a rank gap between the state and local level.

This is okay and I will explain why next time. For now, this is a good stopping point. Take care folks. 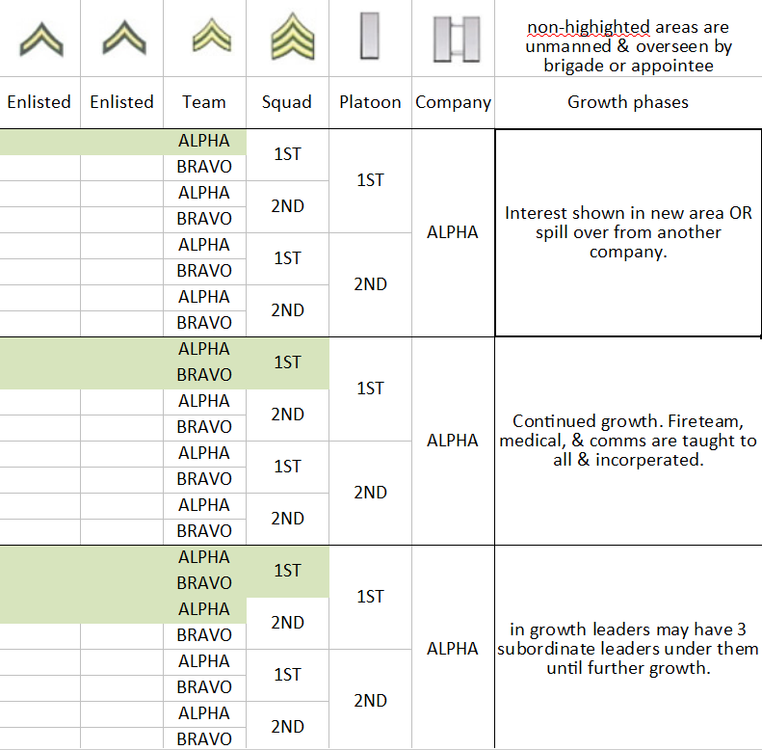