George Floyd was a hero, right?  He was killed by a white cop?  For no reason, whatsoever, right?

Geroge Floyd was a career criminal with a long rap sheet.  When he was arrested, he was high on Fentanyl and Cocaine.  Most of his crimes were committed in Texas.  After his last stint in prison ... for five years ... he re-located to Minnesota.  The last time, he was imprisoned because he broke into a pregnant woman's house and held a gun to her abdomen, while four other "men" ransacked her home.  The following is his rap sheet: 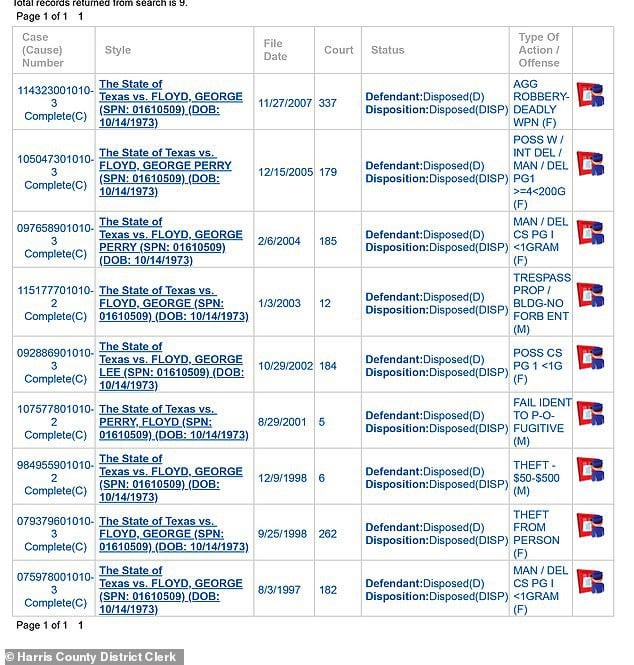 The man was a six-time loser, and a career criminal.  And we are allowing our nation to be destoyed, because of him?

Nothing justifies his murder at the hands of someone who was sworn to uphold the law.  However, I am sure that we don't know what happened in Minneapolis, prior to his his murder.  A guy like him was a prime candidate for a murder of his own.  The surprising thing is that it hadn't happened, sooner