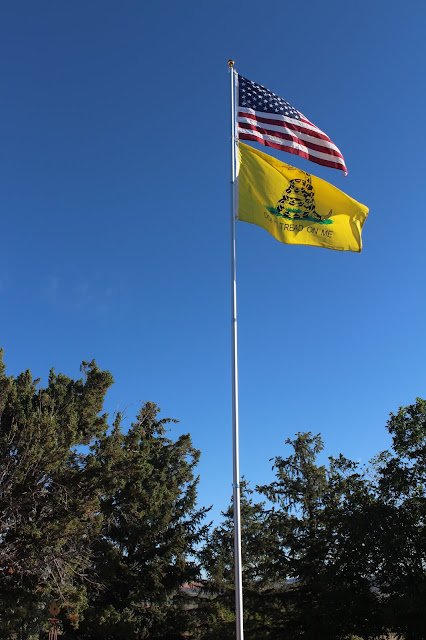 Volunteers of the unorganized Militia of New Mexico, as defined in NM statute 20-2-2 “All able bodied citizens of the state... who are not less than 18 or are more than 45 years of age...” have been called to a muster at Chelwood park off of Fruit Ave NE by the Lomas Tramway public library in Albuquerque NM on March 14th 2020.

The purpose of this muster is to summon, organize, and train the Militia of NM. The role of the Militia is to defend the Constitution of the United States, the laws, the property of and the citizens of NM and the United States of America and above all to serve our neighbors in any time of need. The Militia will protect, defend and serve the people whether that be from invasion, natural disaster, insurrection, inclement weather, or whatever events may arise that will require the Militia of NM to intervene.

Those who attend the muster must adhere to the following instructions:


Anyone attending the muster as a volunteer or in a support capacity will not wear any clothing or carry any signs containing political messages, and shall only carry, wear, or display the flag of the United States or New Mexico.

We encourage the citizens from across the state to attend this historic muster. We will form eleven companies that will constitute the New Mexico Civil Guard. The companies will be formed in the following NM counties: Dona Ana, Mckinley, Bernalillo, Santa Fe, Lea, Guadalupe, Taos, San Juan, Chaves, Eddy, and another company for all those counties not mentioned. All members will be mustered into the Company of the county of their current residence.

Registration will be from 1200 to 1300 hours [noon to 1:00 PM] regardless of weather. After registration is complete, there will be an address from the organizer of the muster. This Muster will be part of an historic event and will demonstrate the will and the resolve of the people of New Mexico to defend their state and the constitution, protect others, and serve their neighbors.

The highest law we are to obey is this:

“Love thy neighbor as thyself.” The Militia WILL SERVE THE PEOPLE, not a political agenda or party.