This Rally is being hosted by the American Patriot Union and is to call for justice for those that have conspired to remove President Trump from office. Hillary Clinton, James Comey, members of the Obama Administration, the DNC and a host of others have worked in secret to first steal an election and then, that having failed, to unseat President Trump. The corruption of our Federal Government now threatens the very fabric of Liberty and Justice! American Patriots are all that stand between Liberty and Tyranny and we MUST become a powerful force to set America right!! Join us on April 15th to demand JUSTICE in America! You can also support this effort by making any size contribution to cover the costs of the rally at https://www.gofundme.com/PatriotUnionRallyatRushmore 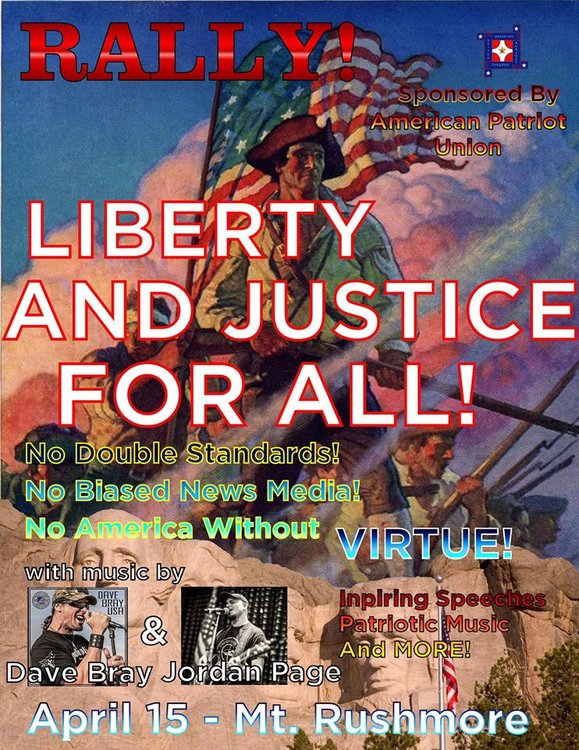