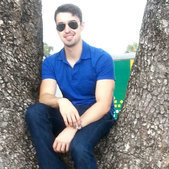 By David Coelho,
January 28, 2020 in Introductions - Tell Us About Yourself