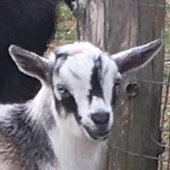 If they declare a 30 day, or one day, any, lockdown, I'm going to be hoofing it, with my binoculars and telescope, watching public places to see just what they might be up to. You know, a 30 day lockd

Well, I just took care of getting the whole house dual fuel generator:     That just leaves some alternative home heating sources to get before next winter.