By LetFreedomRing,
May 28, 2020 in Politics - Policy, Agendas and Parties 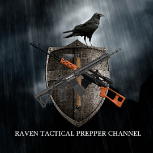 2020 is going down as the most wild event

Whoa!!!  When I saw this, I thought, "Wonderful!" Someone has done it. Then I looked at the one for Texas. It quotes the laws for the "Official" militia.  And it doesn't quote the one we hav