Shocking absolutely no one, a hit piece by Rolling Stone 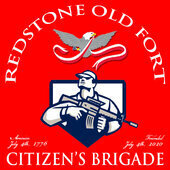 By ROFCB Commander,
November 13 in Breaking and Current Event Discussions