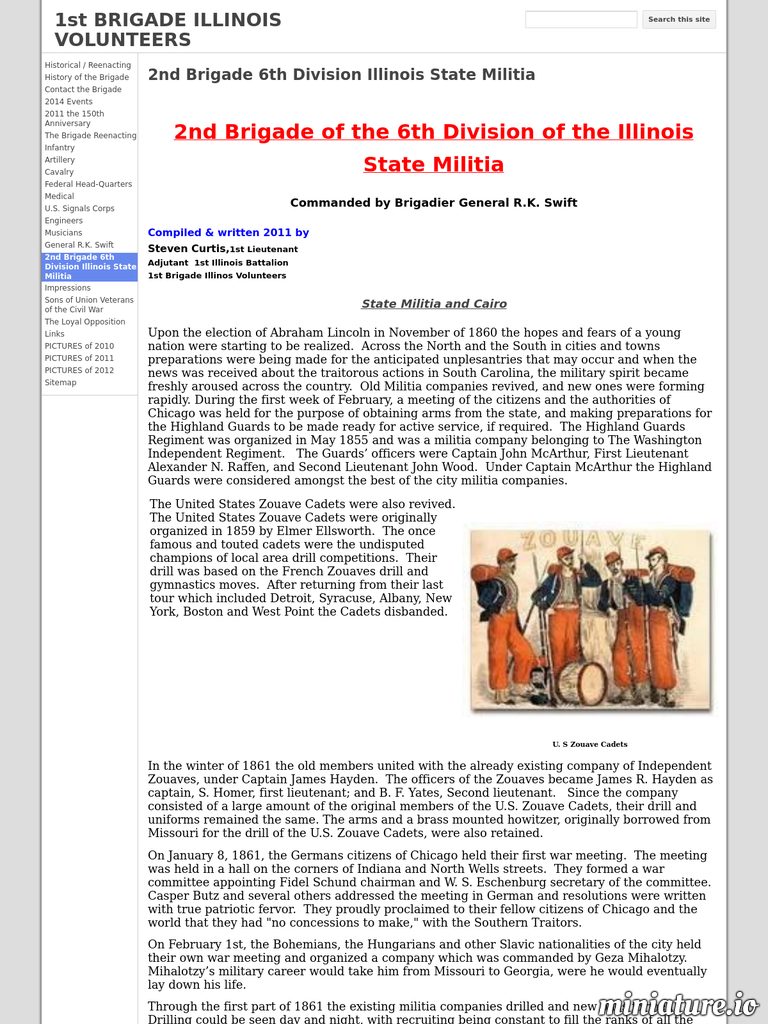 Upon the election of Abraham Lincoln in November of 1860 the hopes and fears of a young nation were starting to be realized.  Across the North and the South in cities and towns preparations were being made for the anticipated unplesantries that may occur and when the news was received about the traitorous actions in South Carolina, the military spirit became freshly aroused across the country.  Old Militia companies revived, and new ones were forming rapidly. During the first week of February, a meeting of the citizens and the authorities of Chicago was held for the purpose of obtaining arms from the state, and making preparations for the Highland Guards to be made ready for active service, if required.  The Highland Guards Regiment was organized in May 1855 and was a militia company belonging to The Washington Independent Regiment.   The Guards’ officers were Captain John McArthur, First Lieutenant Alexander N. Raffen, and Second Lieutenant John Wood.  Under Captain McArthur the Highland Guards were considered amongst the best of the city militia companies.

Other links from 'Illinois Militias'