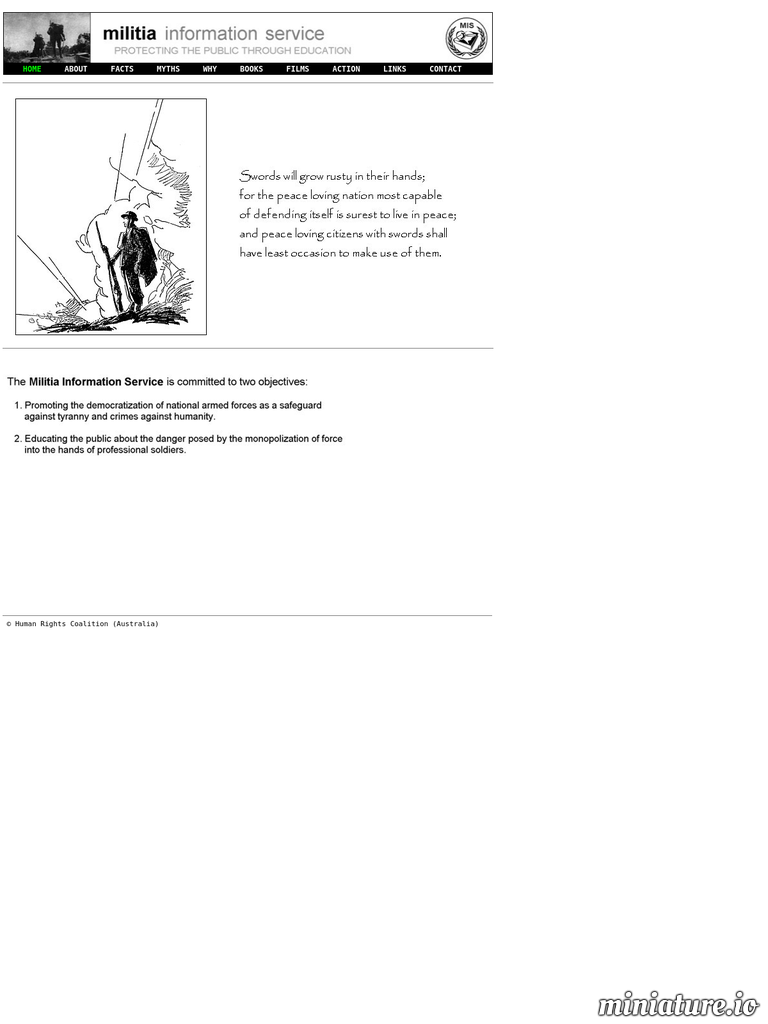 MIS is a not-for-profit educational website run by the Human Rights Coalition (Australia). This service is dedicated to the memory of John Fitzgerald Kennedy (1917-1963), a WW2 veteran who became the 35th president of the United States and founded the Peace Corps. We are committed to promoting the democratization of national armed forces as a safeguard against tyranny and crimes against humanity, and educating the public about the danger posed by the monopolization of force into the hands of professional soldiers.