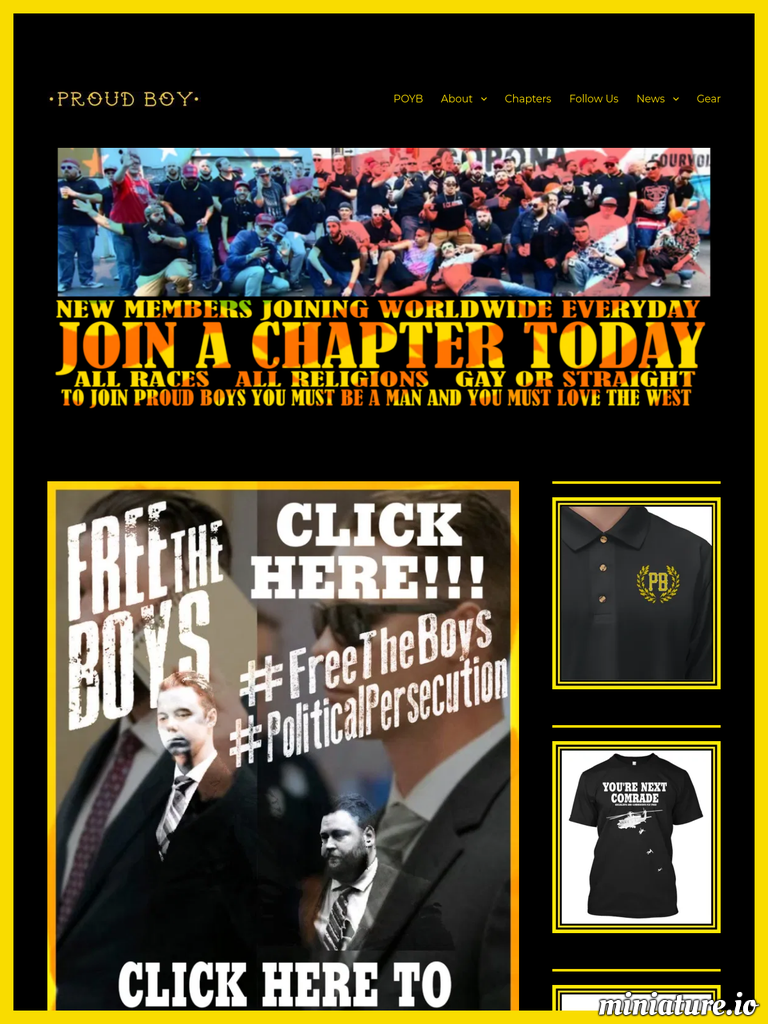 Our group is and will always be MEN ONLY(born with a penis if that wasn’t clear enough for you leftists)! If you are (and were born) a woman and you would like to be involved, there is a girls group. They call themselves Proud Boys’ Girls and they’re our second-biggest demographic.” It may seem counterintuitive that a men-only group would have such a big female following, but nobody wants men to be men more than the women who depend on them. “Proud Boys saved my marriage,” says PBG Gabriela Finch. “I was completely done with it, but he won me back and fought hard for it.” This group is full of all kinds of women. Wives, girlfriends and single girls are all welcome. Just like the mens group, the girls have no other requirements about race, religion or sexual preference.

The fact that this group has exploded so quickly is a testament to how completely finished young American men and women are with apology culture. Men have tried being ashamed of themselves and accepting blame for slavery, the wage gap, ableism, and some fag-bashing that went on two generations ago, but it didn’t work. So they’re going with their gut and indulging in the natural pride that comes from being part of the greatest culture in the world. It’s very freeing to finally admit the West is the best. That’s because it’s the truth.