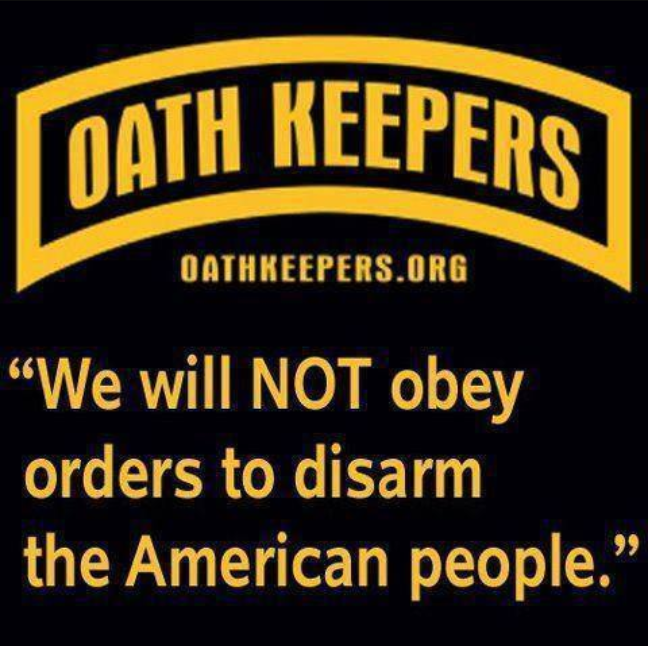 Oath Keepers is a non-partisan association of current and formerly serving military, police, and first responders, who pledge to fulfill the oath all military and police take to “defend the Constitution against all enemies, foreign and domestic.” That oath, mandated by Article VI of the Constitution itself, is to the Constitution, not to the politicians, and Oath Keepers declare that they will not obey unconstitutional orders, such as orders to disarm the American people, to conduct warrantless searches, or to detain Americans as “enemy combatants” in violation of their ancient right to jury trial. See the Oath Keepers Declaration of Orders We Will Not Obey for details.

Oath Keepers reaches out to both current serving and veterans to remind them of their oaths, to teach them more about the Constitution they swore to defend, and to inspire them to defend it. See below for details on how we do that. Oath Keepers also includes a membership program designated as “Associate Members”, which consists of patriotic citizens who have not served in uniform but who serve now by supporting this mission with their Associate Membership and volunteer activities. Oath Keepers welcomes our Associate Members and appreciates their support of our mission.

Our motto is “Not on our watch!“