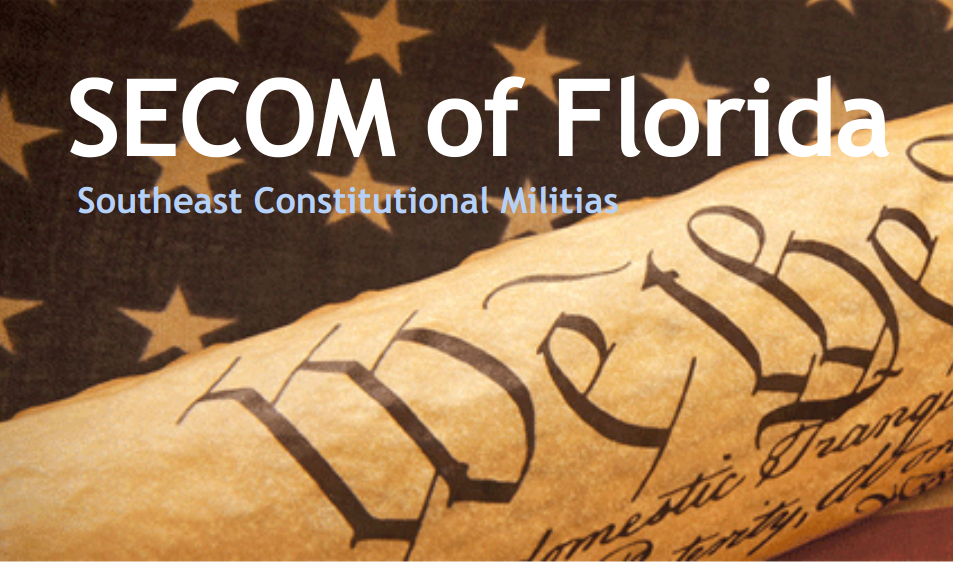 The intent of Southeastern Constitutional Militia (SECOM) of Florida is to form a “well regulated militia”. So that unorganized local militias can form up and attach to larger units during times of emergency (and designated Training Exercises).

During normal circumstances and situations each of the individual militia units within SECOM of Florida will operate autonomously, as they always have. In the event of a crisis situation or Natural Disasters, the Command Structure would be activated to provide organization, communications and structure to the Militia.

Purposes of SECOM of Florida

A well regulated militia, being necessary to the security of a Free State, the right of the people to keep and bear Arms, shall not be infringed. Being “well regulated” refers to the people being well trained, prepared and disciplined. Our Founders knew we would have to be organized to stand against enemies such as England or France at the time.

The term “Militia” in its context is defined as people, not a military. Black's Law Dictionary, 3rd Edition: Militia: The body of citizens in a state, enrolled for discipline as a military force, but not engaged in actual service except in emergencies, as distinguished from regular troops or a standing army.

Everyone that is a Citizen of the State of Florida is welcome regardless of race, age, gender, color, religion, or political affiliation, provided you do not wish to bring harm to The United States, Florida, or its citizens.

This organization is made up of Liberty and Freedom loving Americans that believe in the Constitution of the United States of America. The following people are not welcome to join, train or attend meetings:

Sign in to follow this
Followers 1
Previous Link Commonwealth of Georgia Defense force.
Next Link The Florida Militia