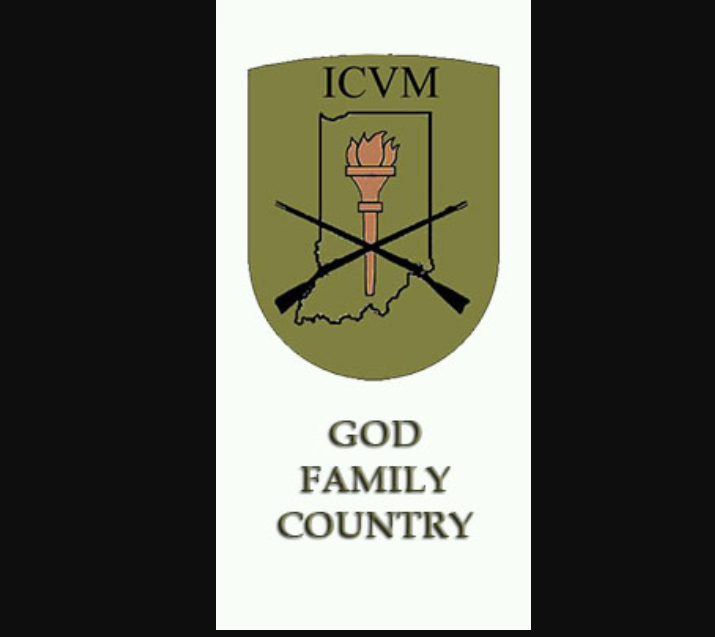 Statement of Purpose
Our purpose for forming the Militia is to ensure preparedness should we be forced to take up arms in the Defense of our GOD-given Rights and Liberties, our Republic, our State, and our Constitution(s), or to Deter those, both foreign and domestic, who would abrogate them.

History
The Indiana Citizens Volunteer Militia is the oldest Statewide Militia in the Republic of Indiana. This era of Militia within the Republic was re-kindled at the begining of the 1990's and published the first version of the State's Militia Hankbook on January 20th. of 1995. As the years passed by, there have been build up's and relaxed conditions of units across the State as the times have dictated. This is a continued norm of Militia in our Republic as We the citizenery assemble and maintain what is felt as required at what ever time.

Goals
To secure and practice our Liberties and Rights.To open our ranks to all citizens who love Liberty without regard to religion, race, creed, or sex; and to deny participation to those who would discredit us or our GOALS.To be an effective deterrent.To clearly state that we are committed to a posture of defense and do not advocate the overthrow, targeting of, or subversion of any person(s) or Government by force.To declare no enemies, yet be mindful of those who declare us enemies.To teach the history of our Republic and our State and the formation of our Constitution(s) and Bill of Rights.To teach and promote participatory citizenship.To promote safe and responsible use of Arms for the protection of our families, homes, Constitution(s), Liberties, and Bill of Rights.To assist duly elected, sworn, and bonded public officials in time of emergency or in the defense of our GOD-given Rights, Liberties, and our Constitution(s).To involve and educate the younger generations in the Militia Legacy.

Other links from 'Indiana Militias'