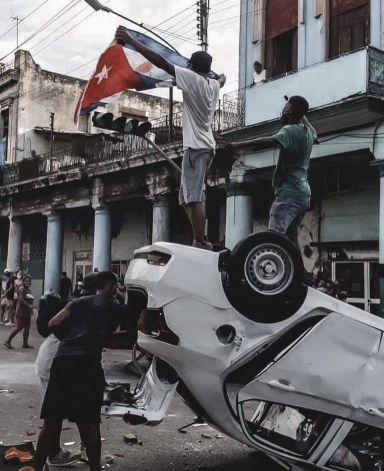 CNN, Havana Cuba 12 July 2021:  Thousands of Cubans took to the streets on Sunday to protest a lack of food and medicine as the country undergoes a grave economic crisis aggravated by the Covid-19 pandemic and US sanctions. Demonstrators complained about a lack of freedom and the worsening economic situation during the rare protests, according to people who spoke to CNN and videos from multiple cities, including capital Havana. Many chanted for "freedom" and called for President Miguel Díaz-Canel to step down, Reuters reported. Multiple protesters were arrested by police, who used tear gas to break up some demonstrations.