US to begin evacuating Afghans who aided American military 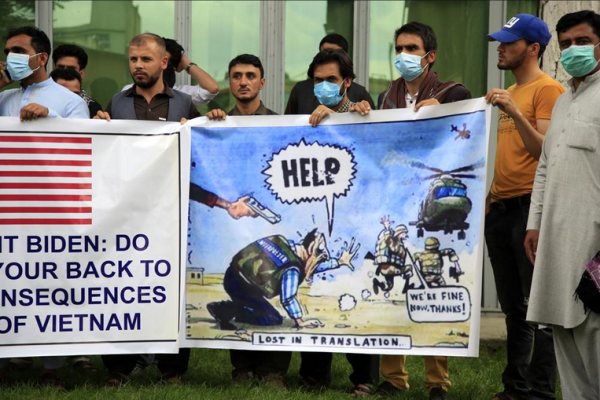 WASHINGTON (AP) — The Biden administration said Wednesday that it is prepared to begin evacuation flights for Afghan interpreters and translators who aided the U.S. military effort in the nearly 20-year war — but their destinations are still unknown and there are lingering questions about how to ensure their safety until they can get on planes.

The Operation Allies Refuge flights out of Afghanistan during the last week of July will be available first for special immigrant visa applicants already in the process of applying for U.S. residency, according to the White House.

White House press secretary Jen Psaki declined to detail how many Afghans are expected to be among those evacuated in the first flights or where those evacuated will be taken, citing security concerns.

“The reason that we are taking these steps is because these are courageous individuals,” Psaki said. “We want to make sure we recognize and value the role they’ve played over the last several years.”

Confirmation on the timeline of the evacuation flights came as President Joe Biden met Wednesday with Gen. Austin “Scott” Miller, who earlier this week stepped down as the top U.S. commander in Afghanistan. Psaki said Biden wanted to personally thank Miller for conducting an “orderly and safe” drawdown of U.S. troops.

US to begin evacuating Afghans who aided American military