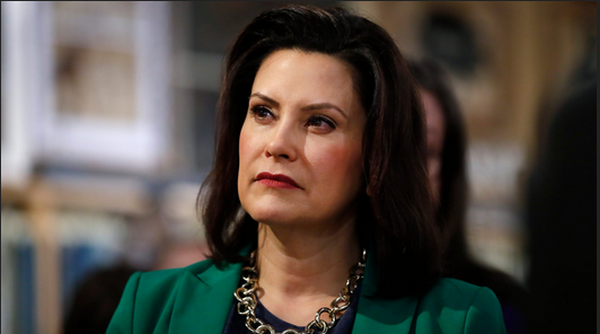 LANSING, Mich. (AP) — Republican state senators on Thursday approved the repeal of the Michigan law that Gov. Gretchen Whitmer used to order emergency lockdowns at the beginning of the pandemic, when Michigan was among the states hardest hit by COVID-19.

The state Senate’s 20-15 vote along partisan lines came two days after the Board of State Canvassers certified Unlock Michigan’s petition drive to repeal the 1945 law Whitmer used to maintain a state of emergency and lockdown past 28 days without the Legislature’s input. The petition received about 460,000 valid signatures, which was far more than the approximately 340,000 that were needed.

Because it resulted from a petition drive, Whitmer would not be allowed to veto the repeal if the Republican-led House also approves it, as it’s expected to do. The repeal is a priority in the state House and a vote will be scheduled soon, House GOP Spokesman Gideon D’Assandro told The Associated Press. Throughout the pandemic, many Republican elected officials called Whitmer a dictator for her actions, including former President Donald Trump. In October, six people were charged in federal court over an alleged plot to kidnap her due to outrage over her pandemic policies.

The Michigan Supreme Court in October declared the law Whitmer cited unconstitutional. After that decision, Whitmer used the state’s health department to create rules for the pandemic. The Republicans who control the Legislature could have let voters decide the issue on the 2022 ballot, but they decided to vote on it themselves.

Several Democrats spoke out against repealing the law, saying it would make it harder for future governors to respond to public health crises. Democrat Sen. Mallory McMorrow said legislatures are deliberate and work slowly, and that the 1945 law allows for quick action in times of urgency. If the House approves the measure, an emergency order would only be valid for 28 days before it would need the Legislature’s approval to be extended.

Sen. Majority Leader Mike Shirkey said Whitmer should have been more hands-off instead of pushing oppressive orders through the state health department after the state Supreme Court shut her down. He said the petition shows what citizens can do when government gets out of control. “What was really needed and true leadership was somebody who simply would do this: Inform citizens, inspire them, encourage them and then trust them,” Shirkey said.