'We've Abandoned the People Who Helped Us': Vets Grapple with Emotions over the Fall of Afghanistan 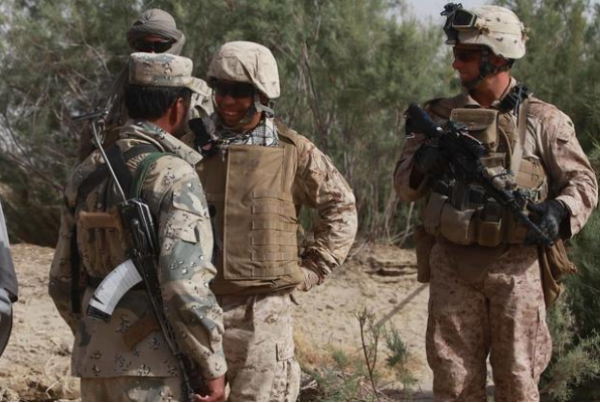 Betrayal, frustration, anger, grief, numbness and concern for those left behind -- these are some of the emotions former service members say they are feeling as they watch images of their former enemies celebrating in Kabul and get desperate text messages from those left behind in Afghanistan.

"It's a disgrace that the U.S. has forsaken these bonds and abandoned our allies," said Peter Kiernan, a former Special Operations Command Marine who deployed to Herat in 2012. "We were trying to liberate these people and give them a better life. And that's the part that's so hard to grapple with here. We fought for this. And the Afghan soldiers that we served with were optimistic about the future of their country."

In Afghanistan, Kiernan led a team of interpreters and trained Afghan forces, working with them to clear areas of Taliban presence or to capture Taliban leaders. The Afghans he met were committed to a better quality of life -- soldiers who were "super ideologically committed," civilians who were educating women, improving health care and cultivating community programs and services with support from micro-grant programs.


He remains especially concerned about an interpreter he's been trying to get out of the country for the past six years. The frustration over the bureaucratic delay of the Afghan's visa and desperate text message exchanges with his friends as the Taliban advanced in the past week have taken their toll.

'We've Abandoned the People Who Helped Us': Vets Grapple with Emotions over the Fall of Afghanistan