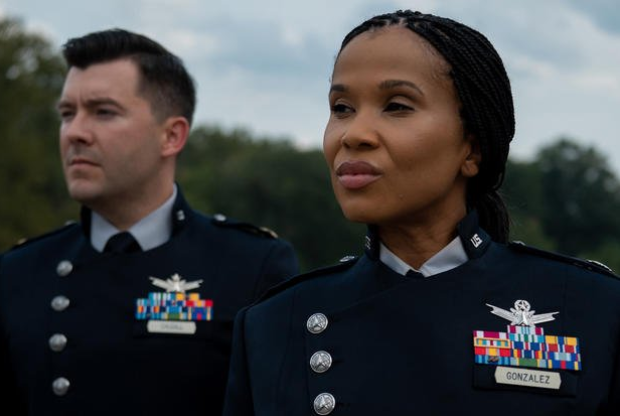 The Space Force finally has its own service dress uniform -- one worthy of the Starship Enterprise.

The uniform is a marked departure from the dress blues of the Air Force, from which the Space Force was spun off in 2019. It has a dark navy coat that buttons on the right-hand side, unlike the Air Force coat that buttons in the middle, and gray pants. Raymond said the coat's six buttons -- which bear the Space Force emblem -- are meant to represent its status as the military's sixth service.