Lt. Col. Scheller Incarcerated and Sent to the Brig 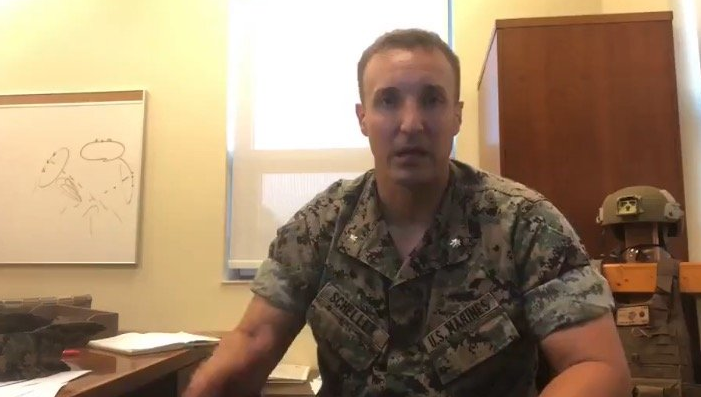 In late August, Marine Battalion Commander Lt. Col. Stuart Scheller took a blowtorch to the work military leadership for their failures in Afghanistan that resulted in 13 US servicemen dying. Lt. Col. Stuart Scheller, a 17-year veteran, risked his career and pension when he posted a scathing rebuke of the senior military leaders who failed US servicemen serving in Afghanistan.

“I’m not saying we’ve got to be in Afghanistan forever. But I am saying, did any of you throw your rank on the table and say, ‘Hey, it’s a bad idea to evacuate Bagram Airfield, a strategic airbase, before we evacuate everyone’? Did anyone do that? And when you didn’t think to do that, did anyone raise their hand and say, ‘We completely messed this up’?” Scheller added.

“I thought through, if I post this video, what might happen to me — especially if the video picks up traction, if I have the courage to post it,” he said. “But I think what you believe in can only be defined by what you’re willing to risk. If I’m willing to risk my current battalion seat, my retirement, my family’s stability to say some of the things I want to say, I think it gives me some moral high ground to demand the same honesty, integrity, and accountability from my senior leaders.”

Lt. Col. Scheller Incarcerated and Sent to the Brig for Speaking Out against Weak US Generals for Surrendering Afghanistan, Stranding Americans and Arming Taliban Terrorists