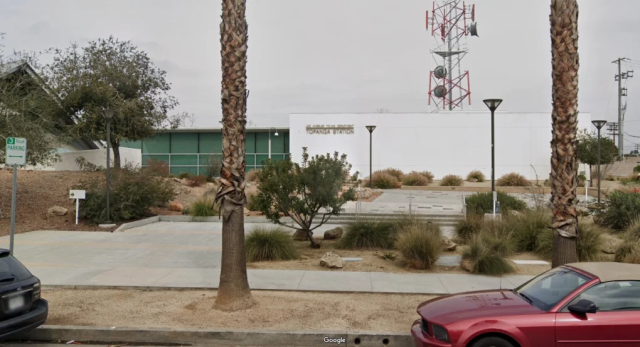 Via LA Daily News 10 May 2021: A man seen throwing a Molotov cocktail at the front doors of the Los Angeles Police Department’s Topanga station in Canoga Park early Sunday, which caused a fiery explosion, was arrested after officers inside chased him down, police said.

Officials said Jonathon Rosin, a 24-year-old from Los Angeles, was seen fleeing the station right after the fireball ignited. He was taken into custody and booked in the Van Nuys jail on $501,000 bail.