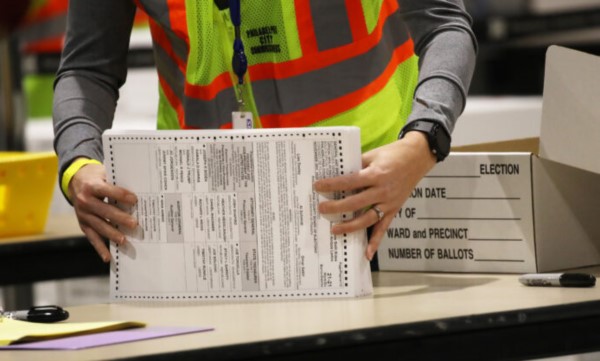 A number of ballots couldn’t be scanned during local elections this week in a southwestern county in Pennsylvania, triggering fresh concerns about election integrity. The ballots, mostly from Republican voters in Fayette County, were missing bar codes that typically help facilitate electronic scanning. “What we know at this point in time is that a bar code that’s required to allow the paper ballots to be scanned at the polling places was missing,” state Rep. Matthew Dowling, a Republican, told The Epoch Times.

George Rattay, the chairman of the Fayette County Democratic Party, was present when the issues began around 7 p.m. on May 18. He recalled that nobody initially knew what the problem was. He and others went to the county Bureau of Elections and found out it was a bar code issue. “The majority of them were Republican ballots,” he told The Epoch Times. A bureau spokeswoman declined to comment, citing an ongoing investigation.

A hand recount was taking place on May 20.

The county said in a statement that the bureau identified and was addressing “a printing issue” with some of the primary election ballots and that the issue was affecting all parties. “Alternative solutions to the scanning issues were already established and are being enacted. Election officials are currently in direct contact with the judges of elections at all precincts. All judges were trained on these procedures prior to the election,” the county added.

“Every voter will have an opportunity to vote at their polling place. Election officials will ensure every vote is counted.” Republican county officials helped obtain a judicial order that directed a hand count of all unscanned ballots. Dowling, state Rep. Ryan Warner, and state Sen. Pat Stefano have issued a right to know request seeking records involving ballot and voting machine testing, as well as financial records, including contracts, relating to the printing of ballots and any reports of ballot malfunctions.

“We do want to provide transparency and let our constituents know how this blunder happened,” Dowling told The Epoch Times, adding that the county has not yet said why the barcode was missing on some ballots. “I’m assuming there was nothing nefarious although I think that does have to be investigated to see why this happened,” he added. The issue compounds an already low level of faith among some voters in election integrity, with some of the representatives’ constituents saying they aren’t willing to vote again.

Fayette County District Attorney Richard Bower told CBS Pittsburgh that his office plans to investigate what happened. The office didn’t immediately return a voicemail on May 20. Bill Kozlovich, chairman of the Fayette County Republican Party, told The Epoch Times that he believes the missing barcodes stemmed from a mistake by the printing company. “I honestly believe it was an honest mistake,” he said.

Fayette County uses Dominion Voting Systems machines. Issues cropped up with Dominion machines in Luzerne County in the May 18 election. Those were blamed on "a ballot screen error". Regarding the Fayette County issues, a Dominion spokesperson referenced the county statement blaming a printing issue. “Known conspiracy theorists have falsely claimed that Dominion machines were at fault. Dominion is not the ballot printing vendor for Fayette County,” the spokesperson said via email. “Local Fayette elections officials quickly implemented a back-up plan and assured voters that every vote will be tallied accurately.” Rattay, the chair of the county’s Democratic Party, urged people not to take out their anger at what happened on polling workers, because they were not involved with the issue and are already overworked and underpaid.