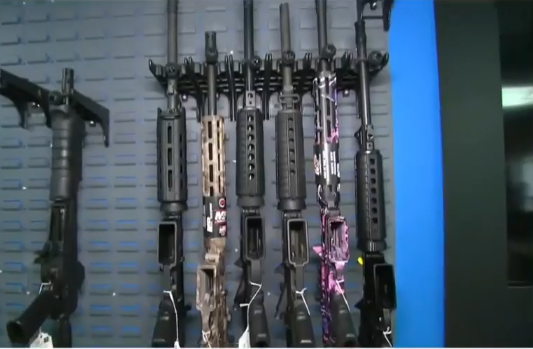 California Democratic officials are pushing back after a federal judge in San Diego overturned the state’s 32-year ban on "assault" weapons, and in doing so, compared the type of gun to a Swiss Army knife.

In a 94-page ruling issued on Friday, U.S. District Judge Roger Benitez of San Diego argued that the state’s definition of illegal military-style rifles unlawfully deprives law-abiding Californians of weapons commonly allowed in most other states and by the U.S. Supreme Court.

California has some of the strictest firearms laws in the nation, and Benitez argued that the three-decade-old ban on "assault" weapons is a "failed experiment" and deprives citizens of their Second Amendment right to bear arms.

"Like the Swiss Army knife, the popular AR-15 rifle is a perfect combination of home defense weapon and homeland defense equipment," Benitez wrote in the first paragraph. "Good for both home and battle, the AR-15 is the kind of versatile gun that lies at the intersection of the kinds of firearms protected under District of Columbia v. Heller and United States v. Miller. Yet, the State of California makes it a crime to have an AR-15 type rifle. Therefore, this court declares the California statutes to be unconstitutional."