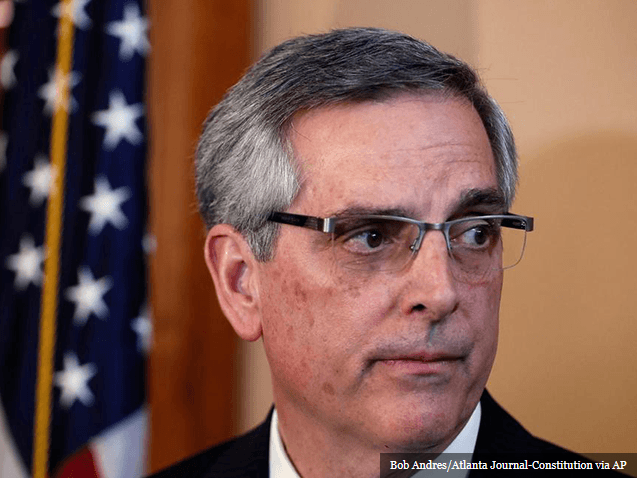 Georgia Secretary of State Brad Raffensperger tweeted Monday that Fulton County is under investigation by his office for its inability to produce ballot drop box transfer forms for absentee ballots from the November 3, 2020, general election.

The investigation follows a lengthy piece by the Georgia Star News, in which a Fulton County election official admitted that “a few forms are missing” and that “some procedural paperwork may have been misplaced.” According to records cited by the Georgia Star News, Fulton County should have been able to provide the publication with an estimated 1,565 transfer forms upon an Open Records Request. Since the publication requested the documents several months ago, the county has reportedly provided 1,180 transfer forms, which can be viewed here.

At least 385 absentee ballot transfer forms are still missing, which would account for approximately 18,901 votes. The number is decidedly higher than “a few” — President Joe Biden won the state of Georgia by fewer than 12,000 votes.

In July of 2020, the State Election Board, a five member body which includes Raffensperger, passed an emergency rule for the November 3, 2020, election mandating that every Georgia county use and maintain transfer forms to document the critical chain of custody for absentee ballots collected from those drop boxes and delivered to designees of the county registrar.

Statewide, approximately 300 drop boxes were used in the 2020 general election.