Recently, Brian Stelter, of CNN - The Corrupt News Network, recently said what is happening to America is Radicalization from Trump supporters. He said that standing against a fraudulent election is Radicalization.

He said demanding that what he called the "Hyped up radical Trump-supporter media machine" is doing is radical. He said when Trump supporters call for the Insurrection Act. We are radical. That when we refuse to accept a fraudulent and illegitimate election, we are radical. He says it is everywhere, which actually gives me hope, if true.

Stelter compared Trump Supporters to ISIS. CNN thinks, if we stand for justice, the rule of the U.S. Constitution and the rule of law, we are terrorists. So, according. To Brian Stelter, OF CNN and every Fake news talking head, Including FOX, it is a radical idea to follow the Constitution.

I am sure when we declared our independence from Britain, the tyrannical King George saw us as Radical. I am sure, when we became the first truly free nation, with a constitution that protected our rights, we were regarded as radical. Believing those rights came from a living God was thought of as radical.

What really is radical is using a PLANDEMIC to force families to stay home; to lose their jobs; to force churches to close, but to let abortion clinics stay open; to let bars and Marijuana stores to remain open; to break our lives, and the will, of the American people, which will never happen, and to make us totally dependent on an out of control Socialist Government. That is radical!

We are not radical! We are patriotic, and if that is regarded, as radical, so be it. It is those, who hate the Constitution, the radical Democrat-Socialists, who are radically treasonous and the real domestic terrorists.

America, this is just the beginning of Sorrows for the Post-Trump Era, unless we ‘Radically’ determine to stand up, fight back, take back our nation, by whatever ‘Radical’ means is required.

AMERICA – DO NOT BE AFRAID TO ‘RADICALLY’ FIGHT THIS WAR! 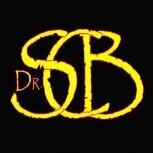