Matt In West Virginia last won the day on May 23

Matt In West Virginia had the most liked content!

About Matt In West Virginia

As of 2019 I am a 60 year old man that can see maybe a little further down the road and around the curve more than most, but find myself decades, and in some cases, even centuries behind the real visionaries America has had in the past.

In avoiding giving an autobiography of my life, I worked as a welder the first years of my working life. I built mining machinery here local and then went to work on the road in power plant construction. That ended when I got a job on the railroad, traveled the eastern half of the United States in rail gang production, then the bridge and building department my last 7 years.

I've been a Republican most of my voting life but I spent close to half my life not really caring one way or the other for politics. I started as an Independent and changed to Republican once I did become more serious, when I wasn't allowed to vote in the Republican primary one year because I was an Independent. I respect EVERYONE'S right to vote as they wish. I used to understand the differences between Republicans and Democrats. Despite the differences in the olden days, we were all still Americans. But today? Especially currently? All of that has changed. But that takes much explaining.

I was fortunate enough to retire very early from my service with the railroad. I retired at age 50, ten years ago. Without really intending to do so, I became interested in today's political realm and I dove into gathering intel about EVERYTHING. I used to pass along what I learned on my personal Facebook page but it eventually got to where there were nothing personal about my page. So I created a Facebook news page at www.Facebook.com/ARGPoliticalNews (the ARG standing for 'American Rear Guard').

I eventually gathered a small following but the level of interaction on the site was way above average. I have about 2500 followers right now and it was not uncommon to have 2-300 people reading, reacting and commenting on almost every article I posted. It's a very small thing that makes it convenient for people to keep up with the news because I cut through the Hollywood acts of Democrats and their supporting fake news media. What is left is real news that can be absorbed in minutes per day, right in a person's Facebook notifications, handy as can be.

But I've been suspended numerous times on Facebook for doing nothing but reporting REAL news. I have been shadowbanned but it has always last for only days. Now, I have been shadowbanned (a condition where I can see the posts I make but 98% of my followers are never notified) for well over a month, no explanation, no nothing. Just good ol' liberal censorship of conservative news and voices.

The Task Force I have formed here is/will be a militia for certain. But also more than that. I have come to learn that many people are willing to fight but a great many do not even know what they are fighting for. The Mercer County Citizen Task Force will know why we fight, when we fight, and we will examine and explore every way there is to fight... from pens and paper... to microphones... to telephones... to guns and munitions. We will know and do it all. Everyone wants to be a beast until it comes time to do what a beast has to do to be a beast. We will approach all that we do with a proper head on our shoulders and with the best evaluation we can intellectually muster. Brains often beats brawn... But what happens when you employ both brains and brawn?

We will strive to gather, learn and deploy every single tool at our disposal, including the gathering of local intel, intel pertinent to any mission outside our local area that may arise, capabilities in communications both base units, mobile units and personal man-to-man coms. Communication is vital to EVERY operation no matter what we are doing. There's no faster a way to be confused than to lose or never develop the ability to communicate locally and on the fly. We will strive to put the abilities of every member to work in a coordinated effort toward common goals that will benefit our unit here in Mercer County. By benefit the unit, I mean to increase our abilities to successfully do whatever it is that will need to be done in the future.

The United States Constitution is one beautiful document. Since its conception, America has strove to make it unique goals a part of American life. We have made some progress but a great many things our Constitution calls for in American life has NEVER been achieved. This is because since our beginning, there have been individual, corporate and political entities ALWAYS OPPOSING America in that they do not embrace the American way of life as defined by the Constitution. But that's a longer story... one I hope to communicate in time.

Our Founders believe that ALL men are created equal. Well? Some are fat. Some skinny. Some tall. Some short. Some smarter than others. Some rich. Some poor... and some just think themselves poor.... all with different gifts that God gave from birth. So how are we "equal"? We are all equal because we can reason. We are all above the animals. Therefore we should all be free to exercise our beliefs either to our benefit in success, or our detriment in failure, as long as we don NOT trample the God-given, inalienable rights of others. You cannot have freedom and take failure out of the picture. Failure is what teaches the prudent and the consistent among us to do better in our futures and pass that knowledge on to others. Seems simple. Doesn't it? The ideas that all people regardless of faith or their lack of, could all live together under a common creed as Americans, is so unique it has never been duplicated anywhere in the world, at any time in man's recorded history. And rest assured, it will never be duplicated in the future. IF we lose what we have now... IF we let our nation trade its birthright for a bowl of stew, the hope of the world is lost, save Jesus coming back.

I will strive to always have realistic expectations. I'm not going at this 24 hours a day, three shifts a day. I look to make small steps forward hopefully in small amounts of time each. The smallest of accomplishments made over time can amount to much more than we realize. I want us all to be ready in EVERY way, from supply to strategies in active deployment  whatever or endeavors.

As soon as our Citizen's Task Force gains enough members for our 1st platoon, I'll be listing our group as secret, for the sole purpose of keeping our communications within the group private. I always been on the right side of law enforcement and it is my sincerest hopes we always remain so.

Let us join in a common cause to protect and preserve our Constitution, including but not limited to, the 2nd Amendment. 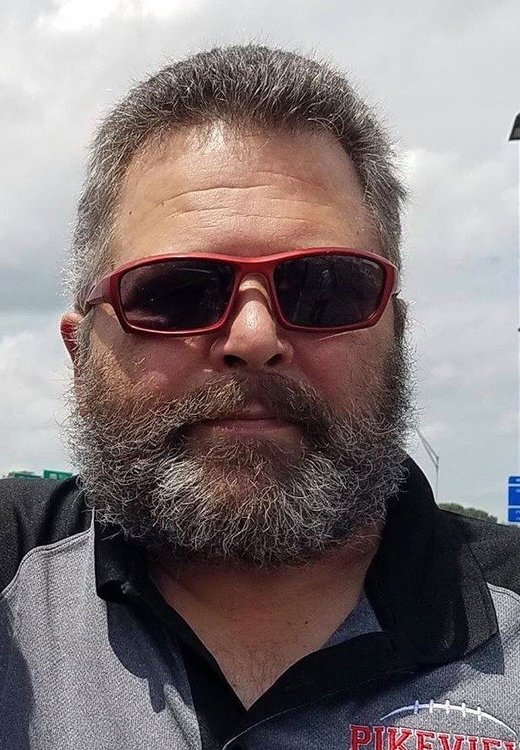